Fasteners, vibration, and how to stop a bolt from loosening

One of the major advantage of threaded fasteners over permanent fastening solutions is that they can be reused if necessary, but under certain conditions, their removability is also one of their greatest hazards. With the opportunity of removability comes the potential for fasteners to unfasten unintentionally, and this is particularly common when in the presence of vibration. Early metal screws were actually invented as a direct response to the problem of vibration. The earliest screws were simply modified nails, and were popularised as gun fasteners which resisted loosening during gunfire. Despite vibration being a widespread problem within the industry, the cause, effect, and particularly the prevention of vibration is widely misunderstood. Incorrect and ineffective anti-vibration components are still used today, and a theoretical understanding of why vibration occurs is vital for avoiding confusion when selecting the best solution to the problem.

Vibration is everywhere. Background resonance permeates all things (with the exception of vacuums), though this rarely reaches a magnitude to cause serious concern. Vibrations are the consequential oscillations caused by movements and sounds, and can be desirable, such as in the case of musical instruments, or undesirable, such as in the case of violent machinery shaking itself to pieces. Vibration can be a major hazard to engineers, and in extreme examples, can have devastating potential - the amplified resonance caused just by soldiers marching in step has even been known to destroy suspension bridges. In everyday use, vibration is usually less dramatic, but no less troublesome. In most cases, vibration acts gradually, slowly loosening fasteners over periods of weeks, months or even years, causing fasteners to lose their preload and become unreliable. Vibration is particularly problematic in the era of miniaturised modern electronics, because as devices such as mobile phones become smaller and lighter, so too do their components; and smaller, lighter fasteners are significantly more susceptible to loosening under vibration. This is particularly common within computers, which are continually subjected to high frequency vibrations from fans or disk drives, and are often held together with miniature fasteners to conserve space. Loosening under vibration can also cause unnecessary wear within an assembly, as fasteners which are loosened or preloaded improperly (particularly bolts with unthreaded sections) can move freely. At best, loose fasteners will cause unwanted noise, and at worst, they will be worn away and weakened over time, potentially resulting in structural failure.

One of the most significant areas of research into the effects of vibration upon fasteners is known as the Junker test, developed in 1969 by German engineer Gerhard Junker. Junker developed a machine to intentionally exert strong lateral vibration forces upon a bolt - the Junker machine was so successful that similar contraptions have now become commonplace in fastener testing facilities. Junker found that vibration lateral to the axis of the fastener generated far more severe loosening conditions than vibrations travelling along a fastener’s axis. Consequently, this means that threaded fasteners which encounter heavy lateral vibrations will loosen significantly faster than those under axial vibration; this is because lateral forces slide against the underside of a screw head, causing rotation of the screw, whereas axial vibrations simply push against the fastener’s threads, which is a far less efficient use of energy. In most applications, it is difficult to isolate these two types of vibration, and both are often encountered simultaneously, but it is the lateral movements which cause the greatest effect. The Junker test also served to highlight that certain fasteners marketed as ‘anti-vibration’ are more effective than others. In particular, Junker targeted spring washers, which have been used as all-purpose anti-vibration components for many years – he argued that this type of washer is only suitable for light-duty applications, and potentially even detrimental in applications subjected to heavy vibration. A Junker machine confirmed his theory. The reason for this is that vibrations act upon both sides of a nut at once, essentially attempting to rotate both clockwise and counter-clockwise at the same time - components such as spring washers, which concentrate pressure on a single point of a nut or screw head, speed up the loosening process by effectively negating the opposing tightening forces on the opposite side of a nut.

Vibration in engineering is nothing new, and solutions to the issue are continuously being developed and improved. In regards to fasteners, several products are available to solve this problem, and some are more suitable than others, dependent upon the application:

Thread lockers – thread locking compounds are remarkably common, so much so that many people will likely have seen these without even realising. Thread lockers are the often brightly coloured patches which can frequently be found on the screws used in computers and other electronics. Many incorrectly claim that these coloured patches are to detect tampering, but they are actually one of the most effective and cost-efficient solutions for increasing thread friction, and increasing the vibration resistance of an assembly. Furthermore, Accu’s thread locking compound can be added to almost any fastener, and has the added benefit of potentially being combined with some of the options listed below.

Trilobular threads – these are fasteners with a rounded, but slightly triangular thread profile. The recesses of a trilobular thread allow the target housing to cold-flow or creep around them, granting increased resistance to vibration. Trilobular threads have the added advantage of being highly effective in thread-cutting, but their irregular thread shape means that their vibration resistance will be greatly reduced with repeated use, making them more useful as a semi-permanent solution.

Underhead serration – this feature can be found on Accu’s serrated hexagon bolts and serrated socket cap head screws. Serrated heads are designed to bite into a target housing to resist loosening, and are best used in applications where washers are unsuitable. Positive locking devices - arguably the foolproof defences against vibration is a positive locking device such as a castle nut, which is locked in place by a split pin after installation. Products fastened using castle nuts cannot rotate beyond a certain point, and are completely resistant to vibration.

Other causes of loosening

Although vibration is an essential consideration when manufacturing an assembly, it is certainly not the only cause for the loosening of fasteners. Other issues which can lead to loosening include embedment, where a particular area of a fastener digs into a mating surface, creating a localised area of high pressure. This causes the rest of the surface to slowly give way, equalising the pressure, causing relaxation, loss of preload, and failure by fatigue. Embedment can be cause by several issues including uneven mating surfaces, thermal expansion and, somewhat confusingly, vibration. Another issue which can cause fastener loosening is galling. Galling occurs when cold welds form between two contacting surfaces. Galling causing brittleness in a screw’s threads, which can ultimately lead to partial or complete thread stripping. Galling is common when mating surfaces are manufactured from the same grade of metal, as similar crystalline structures are more susceptible to cold welding. Ultimately, fastener loosening is a serious issue which can be caused in a wide range of conditions. It is important to maintain vigilance over a full range of potential hazards, as vibration damping alone does not guarantee the longevity of an assembly, but by taking the correct precautions and using the ideal vibration-resistant components for an application, the potential for vibration loosening can be substantially reduced. 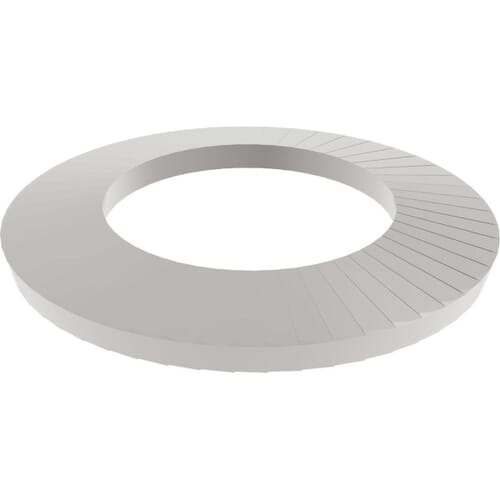 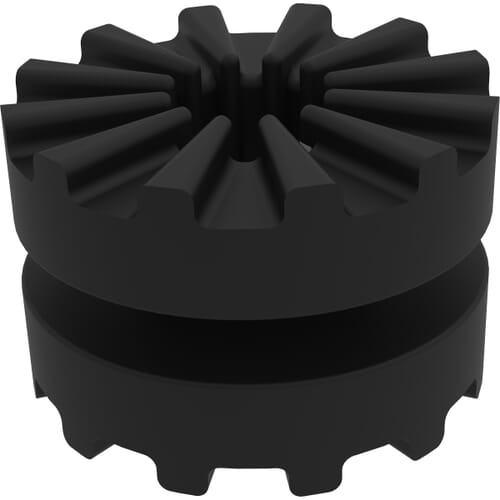 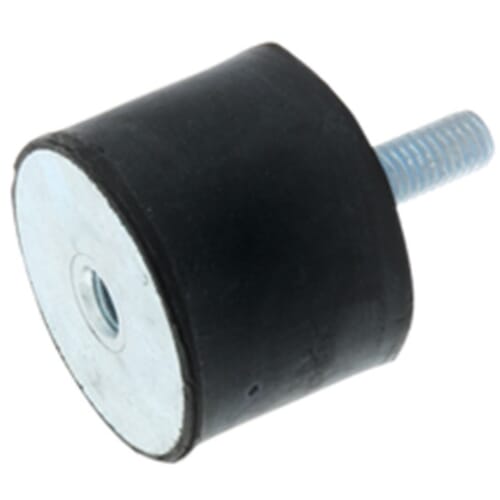 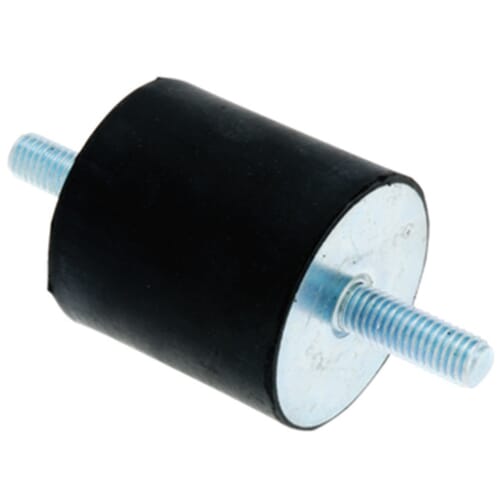